skip to main | skip to sidebar

Just a couple of pictures. Infographics, if you will. Click to enlarge. 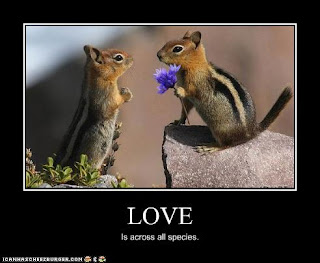 As near as I can tell (meaning I did a few google searches), it was Dave Barry who said you should never assume a woman is pregnant unless you see a baby coming out of her.

I've always thought it was silly for people to say, "You're pregnant!" whenever a woman expresses that she's having an out of the ordinary day for any reason. That reason might be she's feeling sick, she has a headache, she's had a clumsy morning, she's tired. Okay. I take that back. Because all of those are relatively ordinary things actually. But expressing them will inevitably mean someone somewhere will assume you are pregnant. Never mind the fact that you might not be married or have never had sex before in your life. Do they think they are funny? They must. But what about the woman who wants to be married and having kids and people making such comments just reminding her that it isn't even possible to try yet? I can't imagine it's funny for her every time.

I've long thought that it was insensitive for people to ask a couple when they were having kids. Most people do not discuss their sex lives with others. So it could be that the couple is trying and hasn't been able to yet. You don't know if they've been dealing with infertility for years, or decades. And every seemingly innocent question is just one more reminder that things aren't working the way they want to.

But this week I'm adding "You're pregnant!" to the list of insensitive things people can say. Because this week it just about made me cry.

But the truth of the matter is that on Monday I was pregnant. But today I'm not any more. Physically I'm fine with it. And emotionally I'm doing okay for the most part. We haven't been trying for long at all really. But there was something about having someone congratulate me for something they don't even know we're working for yet (our families don't even know we're trying, just to remove the necessity of telling them every month when it doesn't work. We don't need that pressure), that was a bit much for me today.

People do so much speaking without even thinking about the words coming out of their mouth. I have to remember that (a lot more than I think I should have to). And I'm going to not make it a crusade of mine to stop everyone from making "silly" assumptions. Maybe I can just do my part and do a lot more thinking before I speak.

Labels: being female, by Roxie, marriage, the bad

This. This is the absolute worst part about being single. I didn't have roommates after college (long story, perhaps I'll share), but I can't imagine them being much better because they all have their own lives.

Someone go hug Snoopy. Someone go be excited that he's home.

Labels: by Roxie, sadness, the bad

Fake it till you make it

Fake it till you make it. That's what they tell you to do when you have no idea what you're doing. Just pretend you do and either you'll eventually figure it out or people will believe you actually know what you're doing. Oddly, it's more the second than the first, which honestly can be kind of scary some times.

But such is not good advice in all situations. Like the medical profession. You wouldn't want a doctor faking it on your surgery.

There are other times when faking it really isn't a good idea either. Relationships. You don't really want to fake it with relationships.

Now, that doesn't mean being brutally honest with a bad first date. But also don't lead them on unnecessarily. Especially when things start getting serious.

Last night on the NBC show, "Parenthood" they had a side plot about faking good sex. Apparently women who "fake it" are trying to get across the idea that, "I don't want you to feel that I don't appreciate the effort," and "Thank you so much for trying. Please come again soon."

Now, not everyone is a good kisser (we're going to talk about kissing because we believe in being chaste, so no sex before marriage, but this applies to married people too), but "faking it" won't make the situation better. Because while that that might be what a woman thinks she's saying when she "fakes it," the message the man is most likely getting is "I really like what you're doing, please keep doing that." But that won't solve the problem at all. It will just lead to more bad kissing and more faking it.

Instead, we need to make sure the message we are sharing is the message we want to share. So if that means not "faking it" then don't. In the moment might not be such a good time to say "I don't like it when you do that." Maybe instead, just don't respond with anything. Respond only to the things you really like. Whether that's with words or not doesn't matter.

Nobody gets anything right the first time. But faking that they did will only improve the bad. Taking the time to work out the good stuff together is definitely worth it. A kiss should make you feel fluttery. And you can't fake fluttery.

You don't have to take my word for it

If you aren't reading Erin Annie's blog, you totally should. Because this, is pretty awesome.

They'll be no ties of time and space to bind us. And no horizon we shall not pursue. We'll leave the world's misfortunes far behind us, And I will put my faith and trust in you.

It just takes some time little girl, you're in the middle of the ride. Everything will be all right.

We have a Sunshine Award!

Blogs We Read & Sites We Visit